Wolfschlugen is a town in the district of Esslingen in Baden-Württemberg  in southern Germany near the Swabian Alb.

Wolfschlugen was mentioned for the first time at 2 April 1318. A man named Benz from Kirchheim sold some products of his farm in Wolfschlugen. But people settled there before, therefore evidence are remains of an old Latin estate in a forest nearby Wolfschlugen. 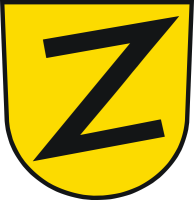